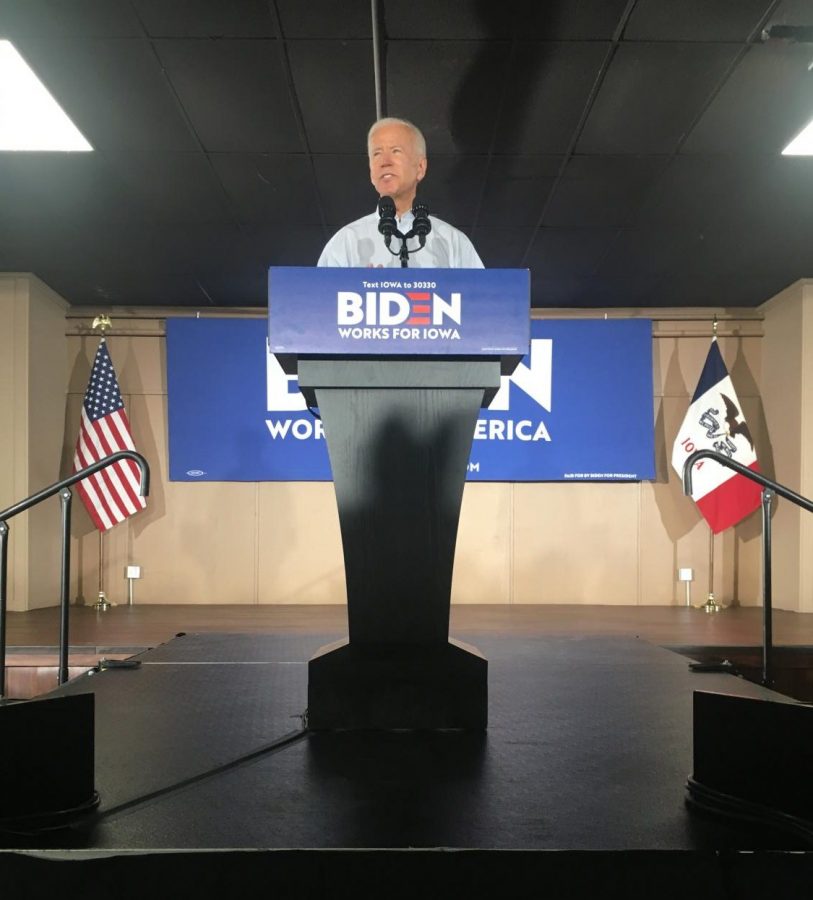 Council Bluffs – Iowa is first in the nation, and sets the stage, for primary elections during each political season. If a candidate does well during the Iowa Caucuses, they tend to trend upward for the remainder of their campaign in deciding who will become the nominee for national political office.

Council Bluffs, in particular, is important because of our population (second only to Sioux City on the west side of the Hawkeye state) and proximity to the Omaha Metro area. This allows nominees to reach as many people as possible in a short amount of time.

Former Vice President Joe Biden was the most recent of the currently-leading four Democratic candidates to visit Council Bluffs, this summer. Other nominees have visited since, but JacketJournalism had the opportunity to visit with Biden after he stumped at the Grass Wagon on July 17.

His campaign visit included topics about how he works for America, an idea he reiterated during the third nationally televised Democratic Debates held on October 15.

“Our very Democracy, everything that makes America, America, is currently at stake,” Biden told the Council Bluffs crowd.

Biden wants to fix the problems of the past, and present, which includes equal rights, helping those through financial troubles, funding cancer cures, medicine costs and availability, rebuilding trust, and to “restore the backbone of the country, (the) low and middle-class workers.”

On the current state of education Biden said, “Twelve years of schooling is not enough for 21st-Century kids.” Biden wants to make it a possibility for all students who wish to , go to community college for free. 65/100 jobs require more than a high school diploma.

“My wife, who still teaches at a community college says it best, ‘Any country that out-educates us, is going to out-compete us.’”

The former Vice President also added a little bit about climate change. He said that each one of us should do our best regarding the climate crisis but that it is a world issue.

High school students that are registered voters before or on the caucus date, February 3, 2020, will have an opportunity to debate and stump for their candidates.