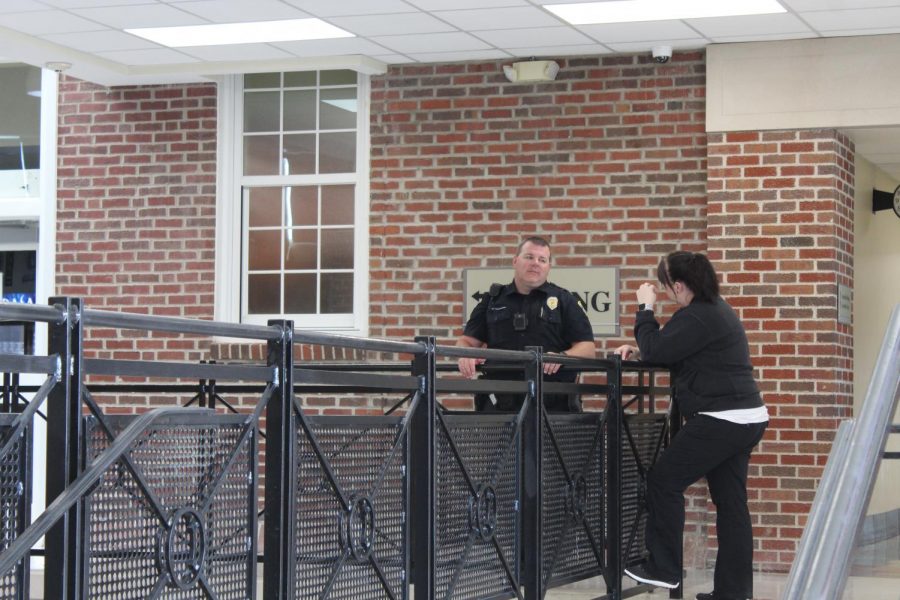 One way the school tries to curb fights is by having our SRO and other adults visible during passing periods.

Fights between students can happen during passing periods, inside classrooms, inside the restrooms, and in the school’s parking lot. Knowing ways that can help prevent fights is very important.

Dr. Freudenburg, TJ’s principal, talked about different things that students can do to help prevent fights from happening, and what the administration does when they are notified about a fight.

“I think the most important thing [for students] is to tell any adult in the building. Usually what happens is if they tell an adult then we can talk to the students that might be involved and come to a resolution before it results in a physical altercation,” said Freudenburg.

Freudenburg explained that a student shouldn’t be afraid to report a fight to a teacher or administrator because there are positives to helping prevent fights.

“You never know what may happen as a result of a fight,” said Freudenburg. “People could be seriously injured. Not just the people involved, but the people around them, or adults, that are trying to intervene could get injured in situations like that,” she added.

If a fight were to happen in the hallway during passing period, Freudenburg says the best thing that students can do is to stay away from the fight. “It makes it really hard for adults to intervene when there’s a crowd of students around. We always tell students that recording something like that is also not ok, and can result in a consequence as well,” said Freudenburg.

Over the past three years as the principal, Freudenburg said that she believes the number of fights has decreased, with COVID being a possible cause. “Certainly that impacted it with less kids being in the building this year and there’s less interaction for sure,” said Freudenburg.

A survey was sent out to students here at TJ in order to see what percentage of students would report a fight to a teacher or administrator, what they would do in a situation where if a fight were to break out in the hallway during passing period, and if they believe that there needs to be more prevention for fights here at TJ.

The gallery below shows the results from the questions in the survey. 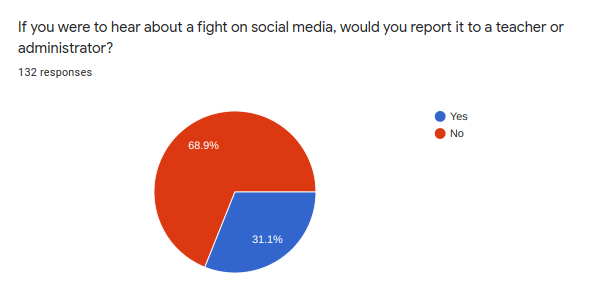 The results from one of the questions showed that more than half of the students want more prevention for fights.

“One of the biggest things that I see that causes things to escalate is kind of the rumor mill and kids egging it on and talking to each other. Avoiding that type of gossip and trying to not engage in that is helpful,” she continued.

Some of the ways that can help prevent fights are by leaving the area before the fight happens and talking to one of the counselors here at TJ. Or again, as Dr. Freudenburg mentioned earlier, the best thing that a student can do if a fight happens in the hallway is to stay away and let the adults nearby intervene, because when students surround the fight it makes it more difficult for them to stop it.