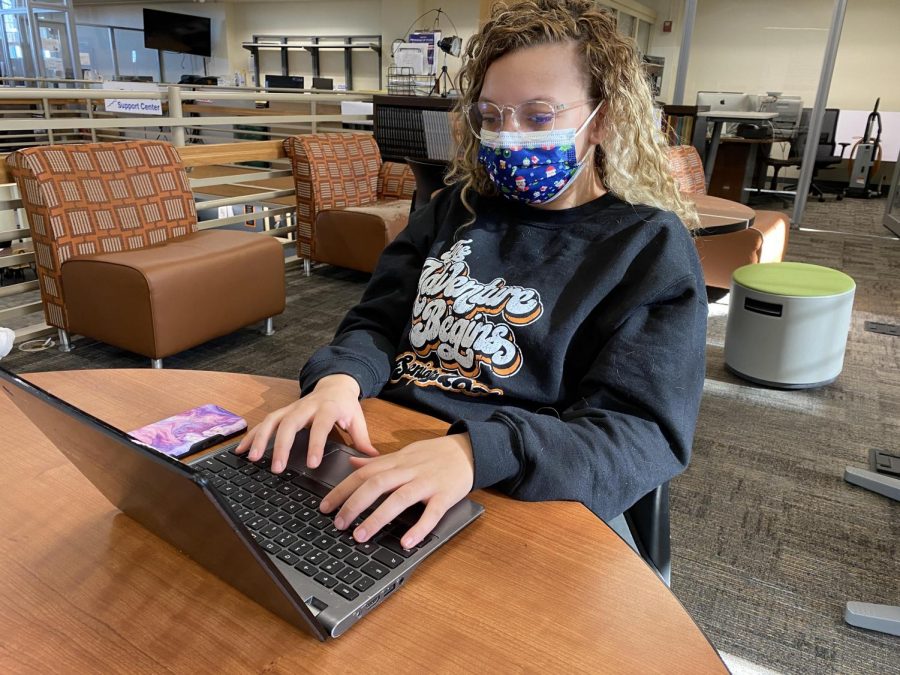 You may have seen people on Facebook, Instagram, Twitter, or Snapchat talking about how they are at home way more due to the current pandemic. This means that more people are at home staring at their devices not knowing about the possible damages that they are doing to their eyes due to the blue light that is coming from their devices.

The blue light that is put off by your devices is said to strain your eyes, possibly cause permanent damage to the eyes, and disrupt your sleeping.

Blue light glasses are said to block out the blue light from your devices and protect your eyes from the glare but many people wonder if the glasses actually work.

According to the Texas Medical Center, blue light can disrupt our natural sleep schedule and melatonin production due to your body having trouble adjusting to the change in lighting.

People who typically stare at a screen for long periods of time can get dry eyes because of not blinking as much. A study done by the American Academy of Ophthalmology stated, “These effects are caused by how people use their screens, not by anything coming from the screens.”

When staring at a screen it’s best if you take a break every 20 minutes as it will help your eyes not be strained as much. Although blinking often helps your eyes not be dry, for some people that doesn’t help. In this case, eye drops are a recommended option.

In a survey that was sent out to staff and students, a total of 223 responses was collected. The survey asked questions about if they stared at their phone in the dark, if they own a pair of blue light glasses, and if they were aware of the damages that blue light can cause to their eyes.

The survey data is shown in the featured image next to the story.

Keeping your eyes healthy is really important. Again, staring at a screen for a long period of time can cause your eyes to become dry due to not blinking as much. To fix this, take breaks in between your device use, make sure to blink often, and use eye drops if your eyes are especially dry.