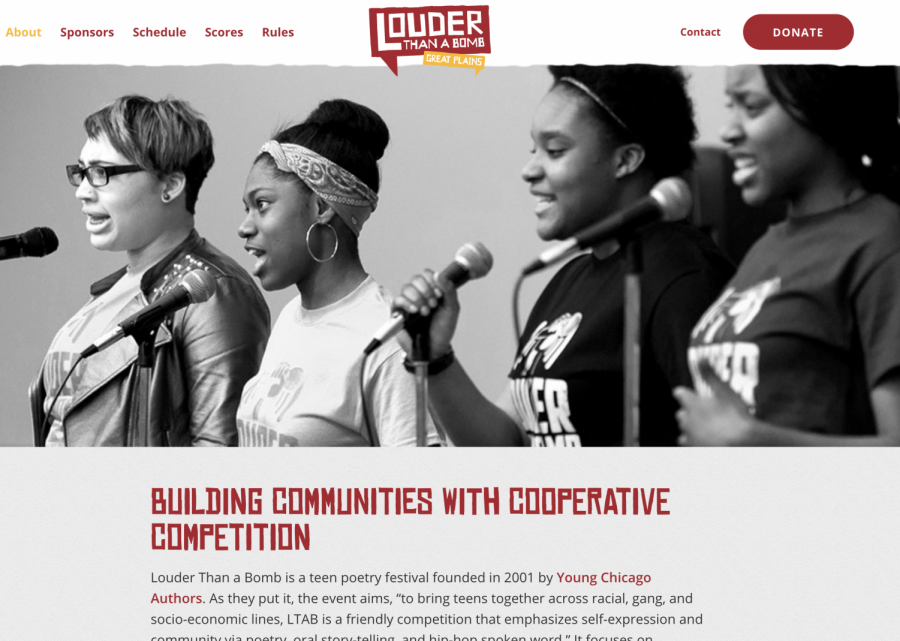 TJ offers a wide variety of clubs and activities for students of all ages to get involved in. From movie club to robotics to even board game club, there’s something for everyone. One such club offered at TJ is the Slam Poetry team.

The Slam Poetry team is currently looking for recruits as they need at least four people for competition and currently only have three performers.

Ben Wenzl, one of the coaches for the team, talked about slam poetry and the team itself. His interview gives insight into the club and will hopefully inspire more people to join the team.

“Slam poetry is a competitive, scored form of poetry that originated in the 1980s. Poets wanted to hear more charged poetry. Slam poets have three minutes to deliver a poem of their original work, without props or musical accompaniment. Sometimes, more than one poet can perform in this three-minute slot (which is called a group piece).” Said Wenzl when asked what slam poetry is.

Slam poetry has been around for quite some time, though it has changed throughout the years. Nowadays, there aren’t any rules to what a slam poem is or what format a writer has to use. Slam poetry can be anything the writer wants it to be.

Wenzl explained the competition process at TJ by saying, “Louder Than a Bomb has been at Thomas Jefferson for many years now. TJ’s group pieces (four-student poems) have been performed on Finals stage at the Holland, highlighted for how good they were. We meet once a week after school and competitions traditionally start in March. Each team is guaranteed two bouts (competitions) against other area schools.”

Though a lot of students get scared off at the thought of competition, it’s not that bad. Even if a student is terrified of performing, the coaches and students on the teamwork with everyone so that they feel comfortable with their piece. But, if someone decides they don’t want to perform, they can still come to the club and write, they just won’t compete.

Wenzl commented on this issue by saying, “We (the coaches and students) are happy to help anyone with their writing and performing, even if they have no intention of competing. However, I think that once you get that first rush from performing your poem; you’ll be hooked.”

Not only is Slam Poetry a really fun experience, but it also has many benefits for life during high school, college, and beyond.

“Any student that is interested in writing or performing (or both!) should come to check out LTAB at TJ. I can personally attest that public speaking/performing, being able to get up in front of other people and deliver a speech or a poem, is perhaps the most important skill a person can learn and utilize. It will serve you well for the rest of your life (jobs, relationships, everything).”

The main message that the team wants people to understand is that this is a really fun club to join. There are no restrictions barring people from joining the club. If you are a writer that can’t perform or a performer that can’t write, you can still join the club.

No one should be scared off by the name Poetry club, anyone can write and it doesn’t have to follow any specific rules or guidelines.

Anyone interested can come to one of the meetings on Thursdays directly after school in Mrs. Schreier’s room. The team is a close-knit group that motivates everyone to grow as individuals. Anyone looking for more information on Louder Than A Bomb (the competition) can visit ltabgreatplains.org. The website has more in-depth information about slam poetry and competition as a whole. The team hopes to see you at the next meeting!